Anyone looking into the history of Pac-Man would at some point learn that Puck Man was the original name for this game, and that this was the name used on the initial arcade cabinets in Japan. And that it was renamed in the US to Pac-Man after Midway started to manufacture cabinets for the US market. This was done out of fear of vandalism in the form of changing the Puck Man logo by making the “P” look like an “F”. Though this piece of history is definitely true, it seems to me that the name change story has become the accepted narrative for how Pac-Man got its final name in all other territories outside of Japan. There is conclusive proof however that this is not the case.

In West-Germany the game was originally introduced officially as Puck Man (Puckman to be totally precise). The Bonami Computer Museum in the Netherlands has a running version of this German arcade cabinet. Alongside the screen there is German, French and English text about the game and the controls. The artwork on the marquee and next to the screen is also quite different from the Japanese version. The sides are mostly in a grey/silver like color with the Japanese cabinet having white sides, but it has very similar looking artwork on it. A small change was made to include the NSM logo next to the Namco logo. 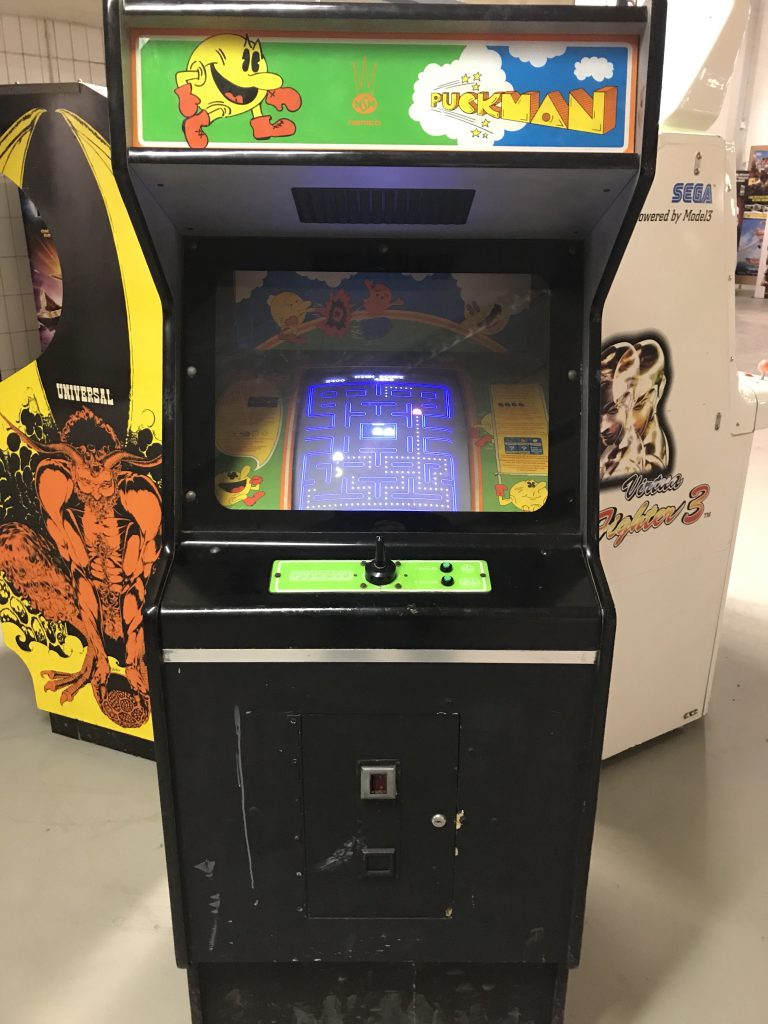 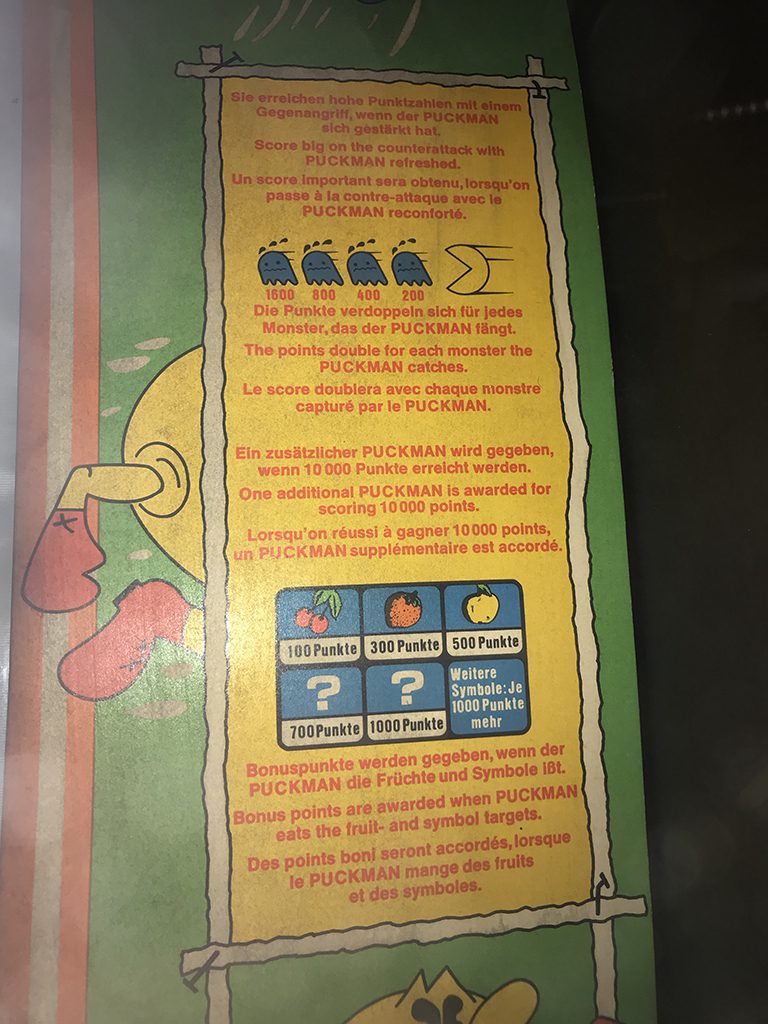 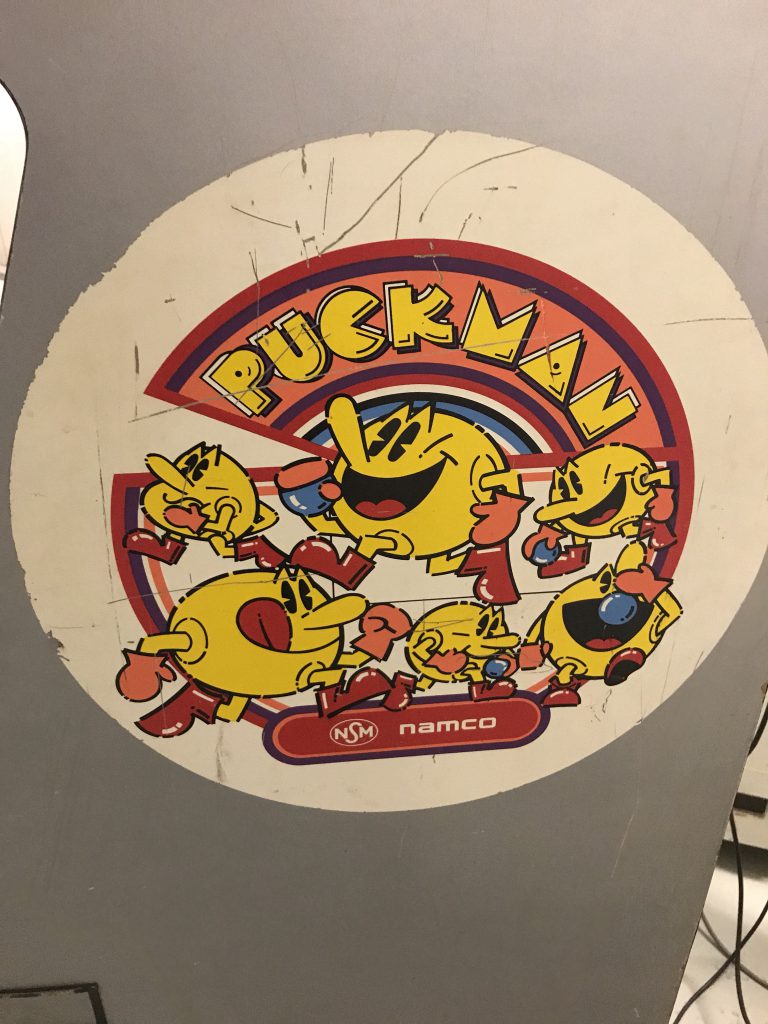 NSM was the manufacturer/distributor of this cabinet. This West-German company from Braunschweig was formed in 1952 and initially sold jukeboxes. At some point the company must have expanded its business to include video arcade games. The website flyerfever.com (which has an excellent collection of high quality scans of arcade flyers) has a scan of the Puck Man promotional flyer for potential buyers. The game was licensed from Namco of Japan and was produced in three different form factors: a standard upright arcade cabinet, a wall mountable version and a coffee table version. In the text on the flyer the game is called Puckman. This is a slight change from the Japanese name which included a space in between “Puck” and “Man”. 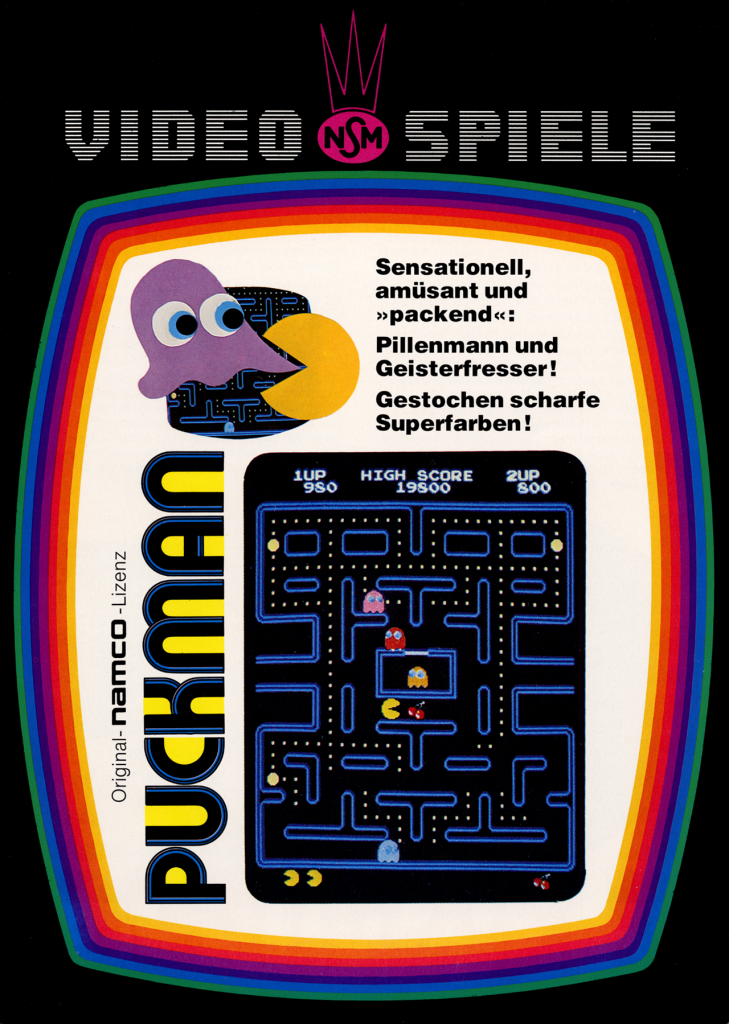 The service manual for the NSM release of Puckman was uploaded to archive.org in September 2017. It provides information on how the games settings can be changed, how the functioning of the game can be tested and schematics of the arcade board. It also has a date printed with these schematics: November 11 1980. This gives us a more specific timeframe for when the arcade machine was released in West-Germany. 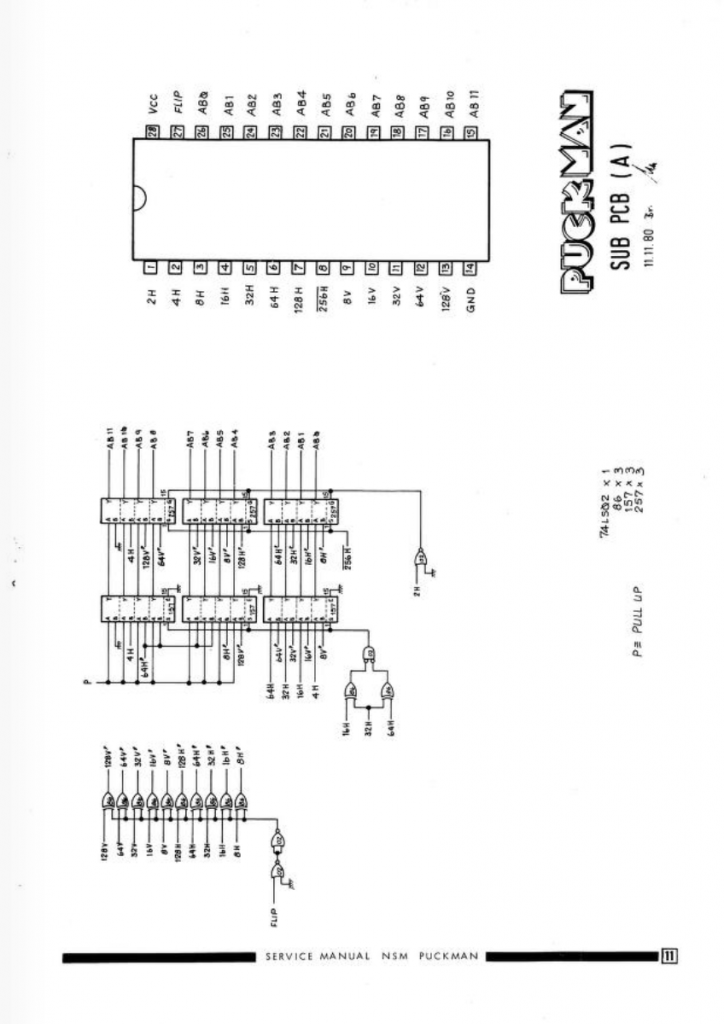 A reader of this blog came across the exact same NSM Puckman machine in Switzerland. It could be an explanation as to why there is French text on the machine as well. How the cabinet ended up in Switzerland exactly is unknown, but there is at least a possibility that in the early 80’s Switzerland was also introduced to this classic game in the form of Puckman as well. It could also have been imported later on by a collector.

This raises the question whether there are even more countries and territories where this game was initially called Puck Man or Puckman in an official capacity. This seems to be the case. It is likely that both US and distributors from other countries were doing deals for this game around the same time, which would explain why the Pac-Man name was not used everywhere. The game had not yet gained a big reputation as a cultural phenomenon based on the Pac-Man name. The website puckman.net shows several other Puckman branded upright cabinets. From this we learn that for example Taiwan and the United Kingdom also had the game released with the Puck Man name.

In an interview in the The Tampa Tribune from the 25th of December 1982 with Masaya Nakamura (the founder of Namco) and Hideyuki Nakajima (president of Namco’s US subsidiary) Italy also gets mentioned as a country where the game was released as Puck Man, besides other countries in Asia.

In an unofficial way the Puck Man name even made its way to the United States, through grey market importing. Ads are published in US newspapers from unofficial and unlicensed sellers as early as November 1980, which is about a month after Midway finalised its licensing deal with Namco. This advertisement from the Honolulu Star-Bulletin published on November 25th of 1980 is an example of this, and was the earliest ad I could find.

Looking at the West-German cabinet I still have some unanswered questions. I do not know for example if with later releases or revisions of the cabinet the name was changed to Pac-Man for the German market. And the fact that there is also French and English text alongside the screen suggests this cabinet might have made its way outside of Germany. The existence of the same machine in Switzerland hints at that. If anyone has any further information regarding Puck Man releases outside of Japan: drop a comment, mail (info @ gamegeschiedenis.nl) or send a tweet to @gamegeschied.

Thanks to @GameResearch_E for additional information on other regions, specifics and media

One thought on “Not just in Japan: Pac-Man initially released as Puck Man in West-Germany”